**************
* Chess 3D * https://en.wikipedia.org/wiki/chess
**************
â¢ Chess 3D Animation : Real Battle Chess 3D Online is meaningful three-dimensional chess , use strong chess engine and LibGDX framework. Combat oriented game mechanics, complete with richly animated game pieces.
â¢ Chess is a two-player strategy board game played on a checkered board with 64 squares arranged in an 8Ã8 grid.The game is played by millions of people worldwide. Chess is believed to be derived from the Indian game chaturanga sometime before the 7th century. Chaturanga is also the likely ancestor of the Eastern strategy games xiangqi (Chinese chess), janggi (Korean chess), and shogi (Japanese chess). Chess reached Europe by the 9th century, due to the Umayyad conquest of Hispania. The pieces assumed their current powers in Spain in the late 15th century; the modern rules were standardized in the 19th century.

**************
* Xiangqi 3D * https://en.wikipedia.org/wiki/Xiangqi
**************
â¢ Xiangqi (Chinese: è±¡æ£; pinyin: xiÃ ngqÃ­; English: also called Chinese chess, is a strategy board game for two players. It is one of the most popular board games in China, and is in the same family as Western (or international) chess, chaturanga, shogi, Indian chess and janggi. Besides China and areas with significant ethnic Chinese communities, xiangqi is also a popular pastime in Vietnam, where it is known as cá» tÆ°á»ng.

â¢ The game represents a battle between two armies, with the object of capturing the enemy's general (king). Distinctive features of xiangqi include the cannon (pao), which must jump to capture; a rule prohibiting the generals from facing each other directly; areas on the board called the river and palace, which restrict the movement of some pieces (but enhance that of others); and placement of the pieces on the intersections of the board lines, rather than within the squares. 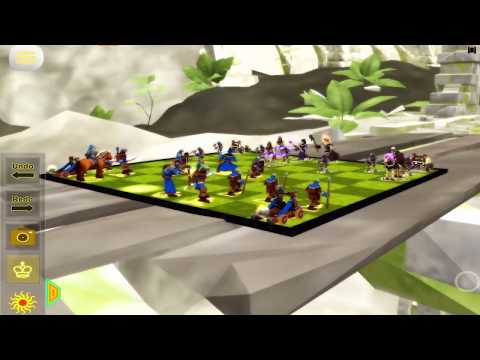