Categories: Games Board by: iconical Reviews: 4.7

Each player starts with a set of balls and pieces, moving their blocks around to free their balls and then tilting the board to align them. Roll two or more balls into an enemy block and it is destroyed, with the aim of eliminating the enemies King piece, or reaching the opposing kings corner with your king - first!

"Brilliant Game! It fits the famous rule, "minutes to learn, a lifetime to master." - IGF 2015

TREBUCHET - an original new classic and a game of Skill, Strategy, Spatial Awareness and Surprise, can be played fast or slow, casually or seriously, offering fun for all ages, skill levels and abilities. Anyone who likes strategy games, brain trainers, puzzlers, kinetic or casual games will simply love TREBUCHET game and all it has to offer!

TREBUCHET : noun: A medieval catapult used for hurling large stones or other missiles at enemy objects!

- The Original, First - and Official TREBUCHET game with original artwork!
- 1 and 2 player modes.
- Challenge friends and family!
- Play against the computer and test your skills against three competitive difficulty levels designed for both beginner and advanced players.
- Accelerometer support â truly interact with the board by using your device to tilt the balls (NOTE: this feature can be easily turned on or off during the game).
- Explosive play! In game animated explosions for realistic - full user engagement!
- Exciting - explosive sound effects!
- Virtual 3D movement!
- Fully customisable gameplay settings.
- Clear and intuitive - ANIMATED instructions - including âQuick start guideâ to get you playing within minutes!
- Animated - full instructions, hints and tips for the more advanced player!
- Beautiful, clean, intuitive layout, design and interaction.
- Intuitive and clear in game statistics!
- Hundreds of mind crunching situations â no two games are ever the same.
- New - colourful boards, pieces, balls and other sets - coming soon!
- Local Network Play - coming soon!
- Multiplayer support to chat and play with friends - coming soon! 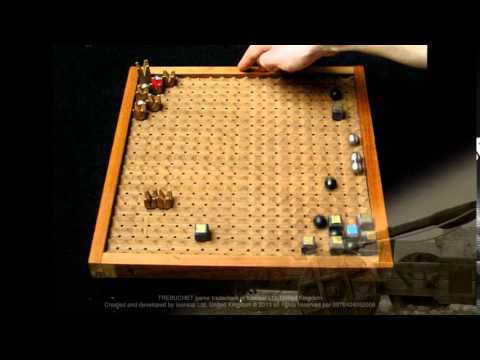