Stick Warriors: Shadow Fighter will be the most addictive fighting games in your phone

This fighting games will give you a chance to become one of dbz Super Saiyan in stickman character to fight z with enemies and protect everybody on earth.

How To Play:
Stick Warriors: Shadow Fighter has the most basic control ever! you just need to dodge, jump, power your ki, become ultra instinct and destroy your dragon enemies with your skills

Game Features:
- 20+ stickman fighter characters with unique dbz Super Saiyan design style and special skill of each
- 30+ maps in story mode that help you collect stickman fighter characters more quickly. The maps in Stick Warriors be continuously updated, graphics transformation super ssj z on each other maps only in dbgt fight!
- Versus mode for everybody who want to challenge themselves.
- Tournament mode: fighting by your way to win the "Ultra Instinct"
- High-quality UI graphics! Stunning special skill effects! Stick Warriors: Shadow Fighter present to you the best stick war fighting games ever! 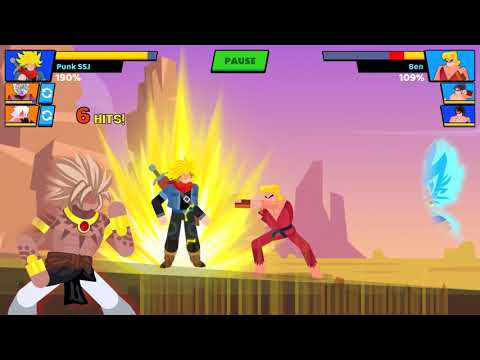