RTS Planeta (RTS Planet) is a new multimedia internet service that enables you to enjoy live broadcasting of television and radio programs of the Public Service Media Radio Television of Serbia, a 72 hour catch-up service (delayed viewing of program content), Video On Demand and Audio On Demand services (the ability to monitor TV and radio shows within Videoteka (The video library) and SluÅ¡aonica (The audio library), as well as individual stories from the RTS correspondent network within program Moj grad (My city). Music editions of PGP RTS are available on RTS multimedia platform RTS Planeta. For the monitoring of the RTS Planeta service, the user must download the RTS Planeta application, provide Internet access and the correct operation of the receiving device.

RTS video library
Since 1958, when the broadcasting of television program began, archive treasures of national importance are kept in the TV Belgrade Program Archive. It is a sort of testimony of the cultural milieu, political, social, and other conditions in Yugoslavia, Serbia, and the wider European and global context, since the second half of the twentieth century to the present. From the rich TV production of the oldest national broadcasters in the region, within its VoD service RTS offers the best and most diverse contents of all program genres: current-informative, educational-scientific, cultural-artistic, youth programs, children's, entertainment, music, sports programs, as well as the cult series of RTS.

National Cinema
Within its National cinema RTS Planeta brings you memorable films of Yugoslav and Serbian cinema. Among other things, the repertoire will include new, remastered versions of the most popular films of domestic production.

My city
Special attention in our TV offer is dedicated to stories coming from 25 cities across Serbia through the RTS Correspondent Network. Within the VoD service My City, the platform's users have the ability to see images of urban and rural life in one place. We give a comprehensive picture of everyday life in Serbia, from cities and distant places. We talk about the future we strive for and the past that teaches us. Through field reports, we monitor the pulse of Serbia, with information about important events and life problems. We bring first hand news in crisis situations and images that leave no one indifferent. In their stories RTS reporters preserve the history and traditions of entire Serbia.

PGP RTS
Users of the RTS OTT platform of Radio television of Serbia will have access to PGP music editions. The first record with the PGP - RTB sign was published in October 1959. It was the first independent record and the first big hit "Zvizduk u 8" by ÄorÄe MarjanoviÄ. From the first single "Kafu mi draga ispeci", by Cune GojkoviÄ, to date, a large number of representative and exclusive editions has been issued. 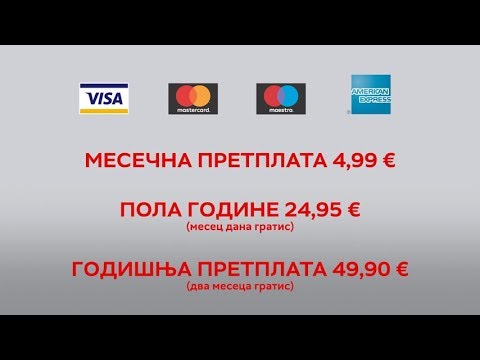