Your only goal in "Raft Survival Forest" is to survive! at night and in day build a raft to get out of deserted island. Mine resources, craft and build hut to survive from unknown beast the bigfoot.

Raft Survival Forest is a FPS survival adventure game. You are a lucky survivor of deadly aircraft crash.Your goal is to find resources and build a house to make it through the night. You feel alone and lost in a dense forest you will need to learn bush craft skills quickly to thrive and be a survivor.Where you will try to live the life of a man who has got on a deserted island. You'll have to look for food, build a house, collecting and crafting things necessary for life. Your only goal - to survive! a brave hunter who looks for a mysterious monster beast deep in the northern forest! You have heard the rumors that a lot of people got lost in the forest and later found dead. The newspapers Jasper published message about the disappearance of a group of tourists in the national park. Police believe it was just an accident, because the band went to raft on the river. That's how you know about the most elusive creatures that are called Bigfoot or Sasquatch.

Try to survive in island! for FREE! on your mobile. 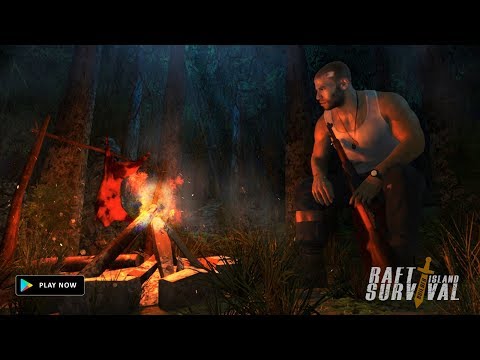