POCKET TROOPS
Mini special soldiers are ready for your instructions Commander. Pocket Troops is a cartoon battlefield military shooter where you have to lead a gangstar mini army of brave and purposeful commanders and combat against military strong bosses.
Looking for a team of frontline mini warriors you can put in your pocket? Build a minion team of experienced fighters. Recruit and train a ragtag band of soldiers and take them into battle. Take on other players and show them whos the action boss.

Tiny, angry army dudes with a huge collection of crazy weapons and gear.
Crush your opponents, think up new tactics of gun games combats. Never think about that a mission is impossible!

A crazy backstory with an evil army bad guy who plots to take over the world so he can make everyone wear black. Its army times!

Military base, shelter upgrades and cool interactive facilities: cash device, fish tank, "soft kitty, warm kitty, little ball of fur" and other truly military toys. But in truth its a huge variation of weapons to crush an enemy: cannon, shotgun, sniper rifles, machine gun, artillery and so on. All your weapons will be stored in the shelter!

Handcrafted music and cartoonish graphics inspired and approved by a guinea pig named Boris.
You know what?! Our special action soldiers are simply consist of good jokes and always will find something to laugh at and make you laugh!

There are several mercenaries in the game, each of them has its own qualities and skills:
Trooper
Quick, lightweight, well armored and combat soldier. Equipped with mid-range automatic rifles. A perfect unit to take the initiative in battle.

Sniper
A long-range weaponry pro with the highest accuracy and highest change of critical damage. But has a weak defense.

Commander
Commander is a fan of long-range heavy machineguns. Deals lots of damage, but has low accuracy. High health points and regeneration make him a true tough opponent. A true army man!

Spy
A master of close combat, lightweight and well armored. Hard to train, but totally worth it. His teleportation tricks can gives his opponent a serious headache. A true assassin.

A lot of missions and bosses with an interesting plot and a beautiful cartoonish graphics will not make you get bored. Fight with other players and compete with them in the global challenge map.

DEAR USERS! Our game still in development and we do our best to improve the game.
We are trying to make a perfect army product and would be very grateful for any feedback and wishes for improving the game.

Stay tuned:
Join the Pocket Troops community and stay tuned on facebook.com/pockettroops
We are happy to answer all your questions at [email protected] Colonel: As harmless as a bullet and calm as burning gunpowder.
Cleans his rifle with enemy uniforms.

"Words are stronger than bullets. If you're holding a rifle" 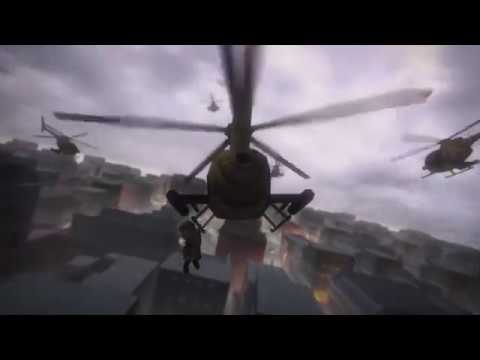