Your goal is simple: solve over 130 different tasks and remove all the tiles from the field. Skipped tiles are removed from the board, but you can only move vertically or horizontally.


This game is also known by other names, in German for example Steckhalma, Solohalma, Springer, Nonnenspiel or Einsiedlerspiel. In English the game is called Pegs, Solo Noble, Jumper, Sailors Solitaire and Solitaire. Even in India the game is known, but there it is called Brainvita. In the USA it is known for a well-known brand HI-Q.

Data from Wikipedia:
The game was originally from France, it first appeared in 1687 on a portrait of Claude-Auguste Berey and was certainly played at the court of the Sun King. It was first mentioned in England in 1746.
In Switzerland this board game is widely referred to as the "Amdener Tubbeli Game". Amden is a village on Lake Walen. Craftsmen in Amden produce such board games. 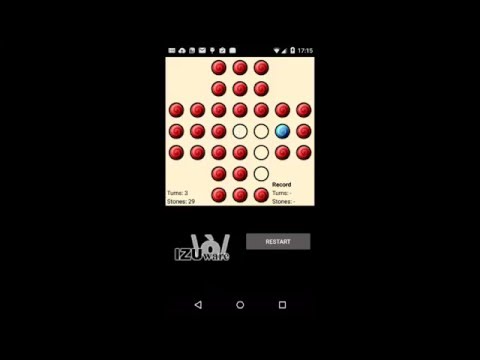