Earth. Your home, your memories, your family... All is fading under the colossal shadow of an attacking alien force.

Uncover advanced technology to infuse and reinforce your stronghold â you are Earthâs last protection against the invaders who are laying waste to the planet!

Commander, itâs time to mobilize! Retake and defend the planet. Let no enemy, aliens or hostile humans, stand in your way!

â¢ CREATE YOUR BASE â Strategically build your facility by discovering new technologies to become a juggernaut of power.

â¢ COMMAND YOUR HERO - Train an elite Hero unit for incredible advantages and bonuses, while attempting to defeat and capture enemy playersâ Heroes in battle.

â¢ CHAT, TRADE, INVITE â Chat with other players, trade your resources and invite the strongest amongst your friends to defend Earth together.

â¢ JOIN AN ALLIANCE - Assemble an Alliance and strategize together to build a powerful network.

The Earth you once knew is growing dim, Commander. Hope is nearly lost. Itâs time for Operation: New Earth.


PLEASE NOTE that Operation: New Earth is completely free to play, however, optional in game items are available for purchase with real money. If you donât want to use this feature, you can turn off the option by disabling in-app purchases in your deviceâs settings.

A network connection is also required. 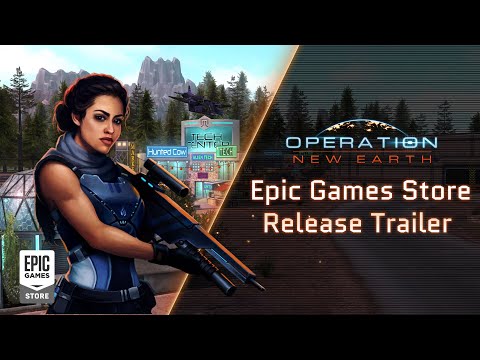