Play the free version of this great indirect control strategy based on the hit game Majesty: The Northern Expansion! Do you know the easiest way to get rid of a dragon? Just dip a nice chunk of meat in a barrel full of poison and feed it to that dragon. Of course it's not the most heroic method but it is very safe and effective. Another option is to offer a bounty on the dragon's scales. After that the only thing you have to do is wait while the army of heroes, wizards and freaks drive a monster to its end. It is always necessary to find a solution to the dragon problem because all the members of this scale-winged tribe have the same disease. It is a strong allergy to humans and their settlements and all dragons use the only medicine against this illness; total annihilation of the humans. Troubles with dragons are in the forefront of Majesty: Northern Kingdom. Of course youll have to defend your kingdom from the other evil spawns, for example how about the giant stone golems that have an outstanding amount of hit points? Expanding the territory of your kingdom and starting the northern expansion in the land of the frost and winter youll have to rack you brains over the riddle of fire-spitting monsters. Majesty: Northern Kingdom- its time to feed the dragons!  New missions and new location  Northern Lands  Legendary indirect control strategy totally adapted for mobile platforms  10 types of hero with dozens of statistics, weapons and armour  New monsters  Several dozen spells  30 upgradeable building types  Changeable weather  Skirmish mode _____________________________________ FOLLOW US: @Herocraft WATCH US: youtube.com/herocraft LIKE US: facebook.com/herocraft.games Milord 👑, good news! Now you can finish the game, er, I mean, fulfill your royal mission and save everyone. I found out that the dragons 🐉 have a secret. To defeat them, we need to know what it's about. The court magicians 🧙 say that whenever Your Majesty wins in a mission, you'll get a piece of a mysterious puzzle 🧩. Enjoy the game and thank you for playing with us! 👍 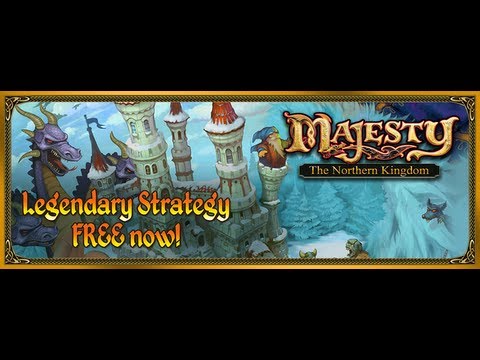