King Arthur fell in battle, victim of the betrayal of his nephew Mordred. Now his body lies in a fortress on the sacred Isle of Avalon next to his powerful sword, Excalibur. Only when Excalibur raises again a new king will be crowned and the kingdom will be unified again. The whole empire has been splitted into cities fighting each other. Many desire the power and magic of Excalibur but there is only place for one in the throne...

King of Avalon is set in a fantasy medieval England bringing back the legend of King Arthur and the Knights of the Round Table. Build a mighty city, raise a greater army, master war strategy skills for an intelligent strategy to go to battle, train your magic dragon and wage war against your medieval enemy! Join an alliance with other players to survive every enemy assault and increase your chances to succeed! The great war between kings is about to begin! Build the most powerful empire ever!

Grab your armor, king treasure and weapons, the hottest free real-time strategy MMO of 2019 is here! Raise your dragon and build your army in the PvP quest to lift Excalibur and become King. Taste power and victory while making friends and enemies along the way. Chat, help, trade and wage war with players around the globe in a multiplayer adventure. King Arthurs death has left an empty throne... Get ready to get medieval! The epic battle to conquer the kingdom has started!

? War! Everywhere. You and your army allies need to be prepared. Build up and upgrade your bases and bulk up epic armies with a war strategy - you're not the only ones with your eyes on the throne of the Empire!
? Multiplayer kingdom alliances! No man is an island. Whether youre rallying against a GvE Barbarian Leader or marching at a PvP bully, youll need allies you can trust.
? Send a spy to your enemies with your troops before waging war against the enemy castle!
? Dragons! A legendary weapon of mass destruction. How will you train a legendary dragon to battle in your fantasy army?
? Chat & play! Easy-translation feature brings thousands of players from around the world together in this real time multiplayer war.
? Strategy! Research and master army attack and defense skills to ensure you have the edge over your magic enemies. Know when to be invisible and when to order an invasion in this PvP adventure!
? Building! Build the foundations of an Empire strong enough to survive in a dragon-fire war zone!
? Experience a realist gameplay in every mission. Manage and produce resources to build your army, conquer the kingdom and win the throne!
? Epic free MMO fantasy adventure! The Legend of Camelot lives. Awesome monsters and dragons!

Make strategy your ally and build the greatest army of all times in this RTS! Be one of the heroes of Avalon and become a myth!

PLEASE NOTE: King of Avalon is completely free MMO to download and play, however some items can also be purchased for real money. If you do not want to use this feature, please select password protection for purchases in your Google Play Store app. A network connection is also required.

Do you want to be the hero of the kingdom army, the King of Avalon and become yourself the leader of an empire? Celebrate Deals Week on Google Play with this Time-limited promotion, which contains a lot of resources and speed ups for only $0.99! 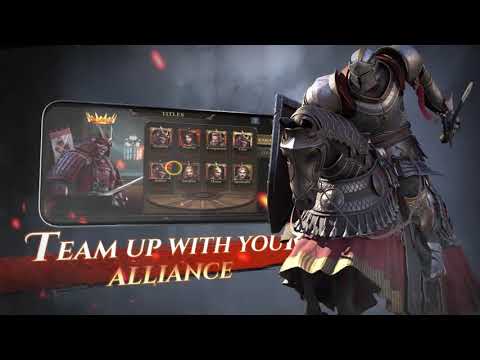