The best online FPS on mobile! Battle with friends via internet and more and more.

GO Strike is a legend first-person shooter game in which players join either the terrorist team, the counter-terrorist team, or become spectators. Each team attempts to complete their mission objective and/or eliminate the opposing team. In Friend Strike Mode, each round starts with the two teams spawning simultaneously. All players have only one life by default and start with a rifle, a pistol and a sniper as well as a knife to counter enemies.

Play as a special force team leader to strike the brutal armed terrorists commandos who are engaged in blackout and warfare against your team fortress.

***GAMEPLAY***
Set in various locations around the globe, players assume the roles of members of combating teams of the governmental counter-terrorist forces and various terrorist militants opposing them. During each round of gameplay, the two teams are tasked with defeating the other by the means of either achieving the map's objectives, or else eliminating all of the enemy combatants. Each player may customize their arsenal of weapons and accessories at the beginning of every match, with currency being earned after the end of each round.

***HIGH-POWERED ONLINE MULTIPLAYER***
 Find friends, invite friends in game. Invite friend to battle when you start battle
 There are three battle modes as Team Strike, Death Match and Friend Strike.
 Varied weaponry, ranging from AK-47, Combat M16 Rifle, M4A1, Sniper to the simplest things, in case you want to butcher someone with a knife.
 Up to 10 players in one game.
 Now chat is available! Talk with friends right in the battle!
 Challenging and exciting experience that can really get you hooked!


Thank you for all the comments and advices, we really appreciate it. In this version we tried to fulfill your wishes. Wait for the next updates with new cool features! - Optimize touch control
- Add 5 new guns
- Add new map
- Add mini map to game 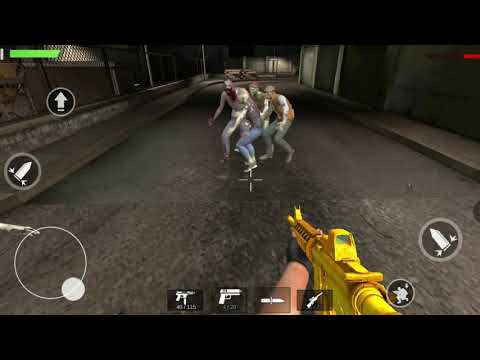