Do you have what it takes to win the battle with evil? Become a real hero and fight monsters, dragons and bosses hiding in Evil Lands! The most captivating, epic fantasy RPG game for mobile has arrived. Choose your character, complete quests and join other players on your path to destroy grim creatures of darkness. Explore magical environments, raid dungeon-like forests, grab your loot, master your skills and become the bravest warrior of all! You can challenge yourself in one of two multiplayer modes: CO-OP or PVP. Play with your friends and people from all over the World!

Invite your friends and take a step on this epic mmorpg journey together! You can meet players from all around the World and play with or against them. The RPG adventure full of war, magic, battles and quests awaits! Pick up your sword, axe, bow or staff and donât let any boss nor monster stand in your way.

This RPG features stunning console-like graphics, never found in any action mmorpg, that will simply blow you away. Itâs hard to resist stopping between battles to take some screenshots! Maybe you can capture a dragon? No mobile mmorpg looks better than this fantasy action game!

What kind of hero are you? A warrior, sorceress or assassin? The loot system allows you to find great treasures during your dungeon raids. Upgrade your attributes, learn new skills, collect your gear and become the greatest hero in a battle against evil. Grab your axe and fight until you defeat every boss!

VARIOUS MAPS AND QUESTS
Cross this haunted medieval realm in your mission to fight darkness. The world of Evil Lands is like a dungeon full of darkness. Compelling quests make this epic action RPG even more exciting!

Cooperative mode lets you immerse in the exciting epic battle and raid against evil while joining forces with other players. This will help you fight the bosses and dragons that a single hero can hardly defeat with their axe. If youâre in for more thrill, try the PVP combat mode - team up and challenge each other to find out who runs the Evil Lands world! 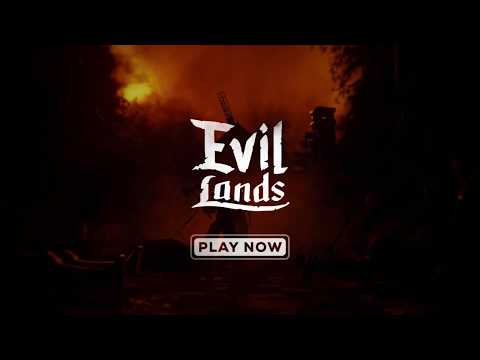